Every Christmas, when I was a kid, my mom and dad would drag me and my sister over to my mother’s best friend’s house for Christmas dinner.

Because, apparently, “Christmas dinner” meant as soon as I opened all of my presents, got a quick glance at them, then we were loaded into the car to spend the whole day over there.

Think about being a kid on the most anticipated day of the year when you get tons of toys, only to look at what you could be playing with. Just not today.

I remember the joy of opening it up and seeing what I had waited all of my life for.

With Space Invaders. With Combat. With Asteroids. With Missile Command.

It was heaven in one big box and happiness in three smaller ones.

I immediately looked to my father, master of all things electronic, and said, “Can we hook it up, now?”

“We can hook it up when we get back from Mary’s,” my father replied.

The pouting, crying and yelling immediately ensued, but was squashed quickly with one statement from my mother.

“If you don’t stop right now, I’ll take it back and you won’t play it at all. Ever.”

Game over. I lost.

One thing my parents did let us do when we went to Mary’s was take one of our gifts with us, so we could play with it over at Mary’s house. So when we got ready to leave, I picked up box the Atari was in and headed for the car.

My father stopped me at the door and marched my little ass back upstairs to pick something else out.

God I hated going to Mary’s.

So instead of heaven, I grabbed the next best thing, my mattel (or coleco) handheld football game, and we headed out.

We got to Mary’s house and, while my parents said their hellos and such, I headed downstairs to see what Mary’s sons got for Christmas.

Imagine my very pleasant surprise when I saw that they got an Intellivision. Yes! The day was not going to suck after all.

And the only reason I got to play those two games is because the boys’ father came down and made them let me play. Of course, immediately after he left, I got the rabbit punches until I cried.

So, with my Atari at home and the Intellivision out of the picture, I turned to the gift I had brought with me. I could still have some fun. Not as much as I could have if I were at home, but maybe I could get through the day.

I opened the package up, took out the football game, turned it on and…

There was no battery.

I took it upstairs to my father and he told me what I already knew. It needed a battery.

A 9 volt battery that was not to be found in Mary’s house.

To be honest, I’m surprised I’m still here to write about it. A weaker boy would have simply died.

Yes, those were the good old days. I had one of those football games, and I STILL have an Atari 2600 with like 80 games.

I bet you STILL wish you had it!

I have it packed up in my basement.

Granted, it’s not the original one, but I bought one at a yard sale and stored it.

Is that the football game you have in the bathroom?

I still have my original Colecovision – the only gift someone else gave me that cost my father money. Colecovision needed a color TV and my parents didn’t have one. We don’t do the holidays at home (we celebrate with friends) so three hours in the car with a distraught 8-year-old later, and my family had its first color TV. And the TV lasted darn near 20 years, too, so he couldn’t complain much.

Hey, look at this and cry. 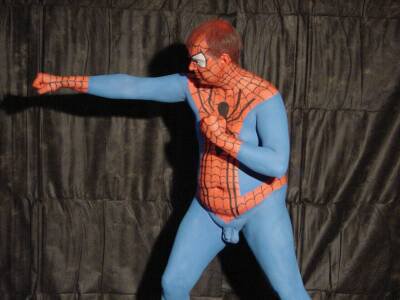 ace – good, glad my pain could make you laugh. That’s why I’m here.

aric – you bitch. put your pics on your blog. bitch

#Patriots #MAGA | FBI investigating whether woman stole laptop from Pelosi's office to sell it to Russia https://politi.co/2XPr617 via @politico

Ever since I saw him in Justified, I've dug everything I've seen @bwhenke in. He brings something extra every time he's on screen. But hot damn, is he destroying it as Tom Cullen in #TheStand. M-O-O-N. That spells perfecting casting. Laws yes, my friends. Everyone knows that.

I ain't spoiling anything, but I got goosebumps.

I'm #TeamFlagg. They know how to party.

Still 100% digging #TheStand. I love Larry Underwood's character, and I also like the subtle change in Mother Abigail.

Not much of a fan of Lloyd's character so far, but I will definitely withhold judgement until the end.